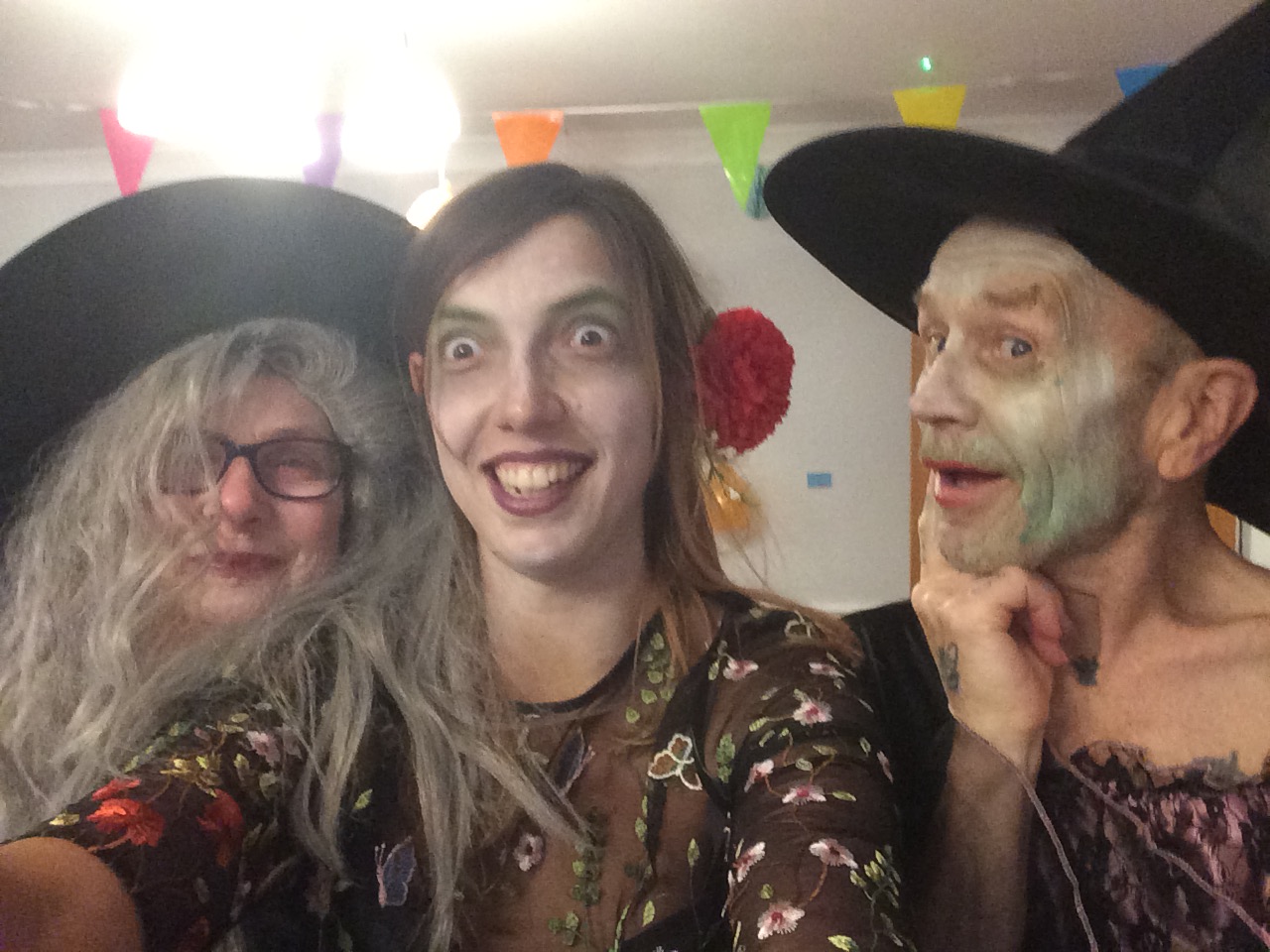 We had a terrific time this Halloween and we were all in for a spooky treat with a performance from local company, Ethereal Art.

The fun started with dotting pumpkins around the home and staff got involved.

We had some face painting for the carers and members of the team also brought in their pets to visit our residents.

A ghoulish man on stilts made his way around our premises to give people a friendly fright as well as some well-received treats.

For those who were unable to leave their rooms he gave them a surprise with a bedside performance from the theatre company in which they were delighted.

We didn’t carve the pumpkins as we decided to keep them fresh, perfect to cook and eat this week.

Thank you to everyone who dressed up! 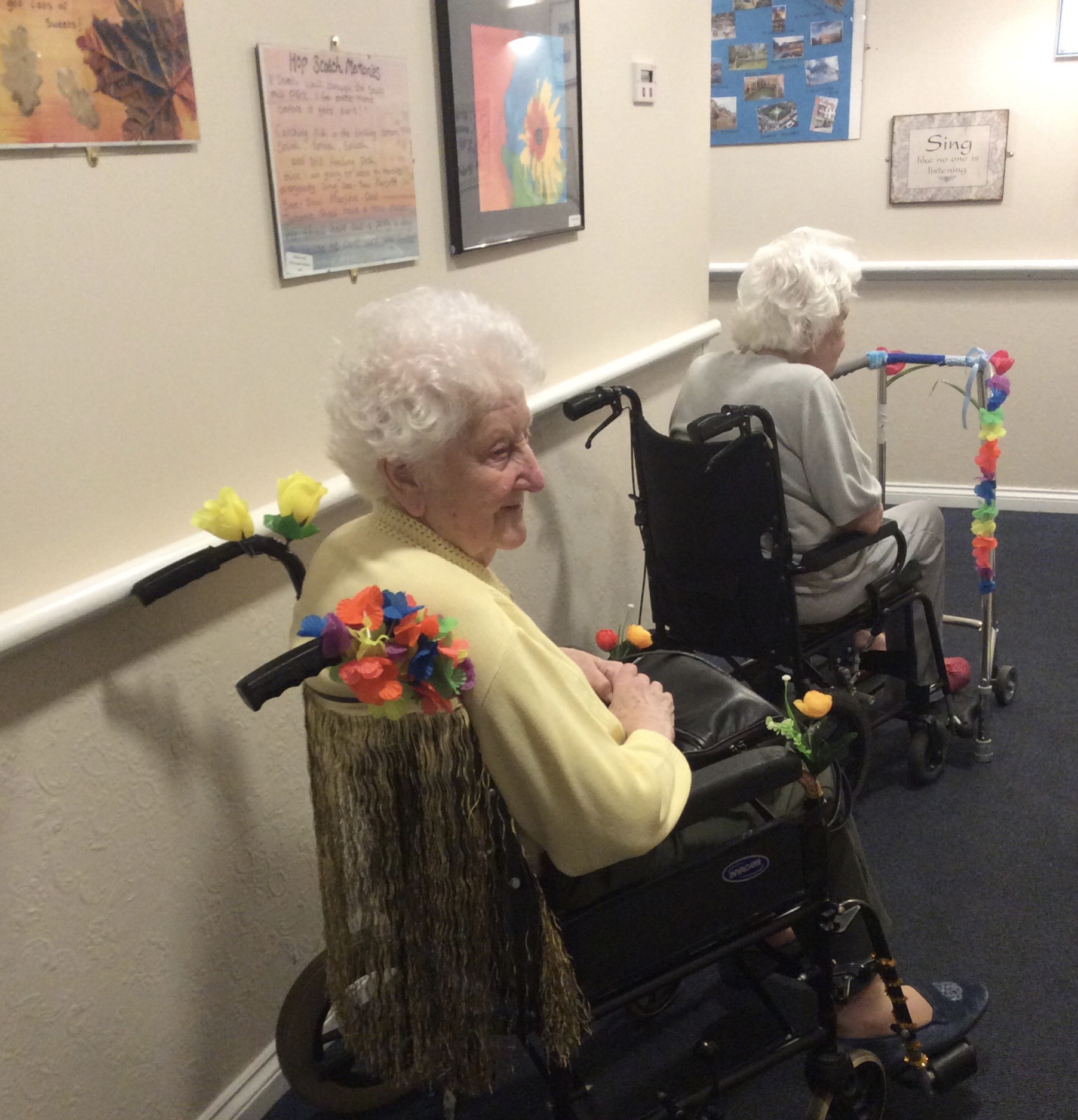 Residents at Riversway Nursing Home, Bristol have jazzed up their mobility aids to help reduce accidents and boost their health and wellbeing.

Vibrant colours and textures have been used to decorate wheelchairs and walking frames as this helps stimulate senses – ideal for those with impairments such as dementia.

The Makeover My Wheels initiative has also taken off across the UK in care home settings to help stop patients falling and to improve the wellbeing of those who use walking frames.

It has most importantly reduced the number of hospital admissions and therefore prevented deaths from broken bones within care homes in the UK.

Jan Wilkins, Registered Manager and Director of Operations at Riversway, said: “This initiative certainly has brought smiles to faces. Wheelchairs and frames have been decorated and the residents are proud of their efforts.

“The number of accidents has been reduced remarkably and that alone is transformational. Residents at Riversway are given the opportunity to improve their health and wellbeing in any way and this is wonderful for them.

“It improves patient safety and makes people happy which is a win-win situation.”

This fun idea has been named after the popular television series - Pimp my Ride - an American reality show produced by MTV and hosted by rapper Xzibit.

Each episode consists of taking one car in poor condition and restoring it, as well as customising it.

Springhill Care Group has been recognised after being shortlisted for a grand total of 21 categories in this year’s Great British Care Awards.

Staff at all three homes – Springhill in Accrington, Birch Green in Skelmersdale and Riversway in Bristol, have been shortlisted, and Springhill Care Group has been recognised itself as a finalist in the Care Employer Award category.

In the North West heats, Springhill Care Home has been shortlisted in the following categories:

Meanwhile, Birch Green Care Home has been shortlisted in the following:

Interviews for the North West awards were held in Manchester on October 16th, and the awards evening is due to take place on November 24th at the Mercure in Manchester.

Staff from Riversway will be interviewed for their categories on October 23rd, with an awards evening on Friday, November 16th at Ashton Gate Stadium in Bristol.

Donna Briggs, Managing Director of Springhill Care Group, said: “The Great British Care Awards are a major event in the industry’s calendar, and it’s an incredible achievement to see so many of our talented staff shortlisted, as well as recognition for the group.

“Everyone works so hard and care so much about the residents we support, and this is an acknowledgement that we are truly leading the way when it comes to providing great care.”

Keep an eye on the Springhill Group websites and social media channels for more updates. Good luck everyone! 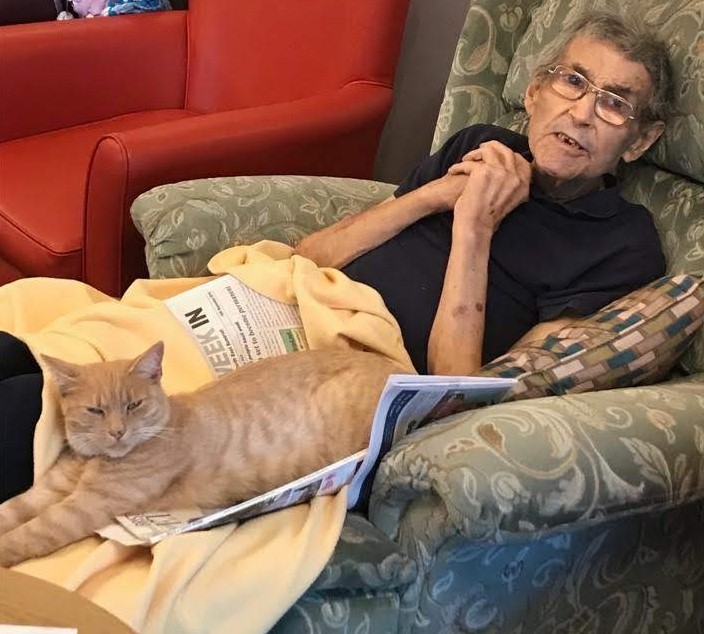 The changing of the season has inspired our residents at Riversway Nursing Home to get creative.

Recently we held an activity which saw a group spend time enjoying a tasty hot chocolate while composing a seasonal poem. Dexter the cat even joined in for cuddles.

Below is the poem for readers to enjoy themselves:

Autumn brings in the rustic colours
Under the leaves
The hedge hogs are stirring
Umbrellas are ready
Many berries falling
Nights closing in. 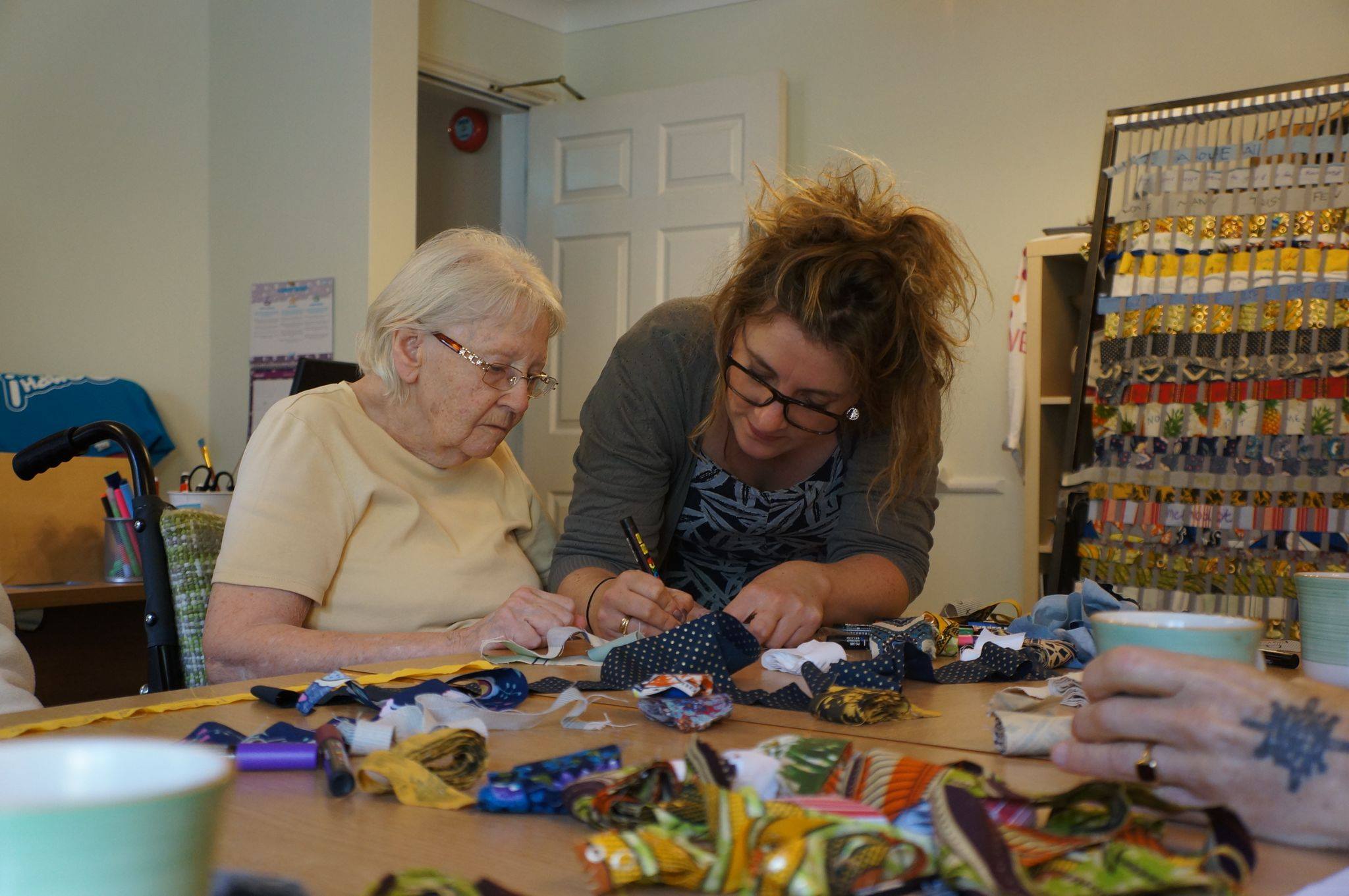 Riversway took part in a community event recently that saw residents contribute to an art project.

Local artist Bella Bong from In Bristol studio visited Riversway Nursing Home so residents could participate in the weaving project, adding memories of the local area via a loom.

The traditional piece of work is being added to by the whole community, and will even be exhibited as part of the popular Festival of Making in the city.

The opportunity was made possible by Riversway’s partnership with local charity Alive and their project Making Pals, which works with care providers to help enrich the lives of older people as well as offer training to carers.