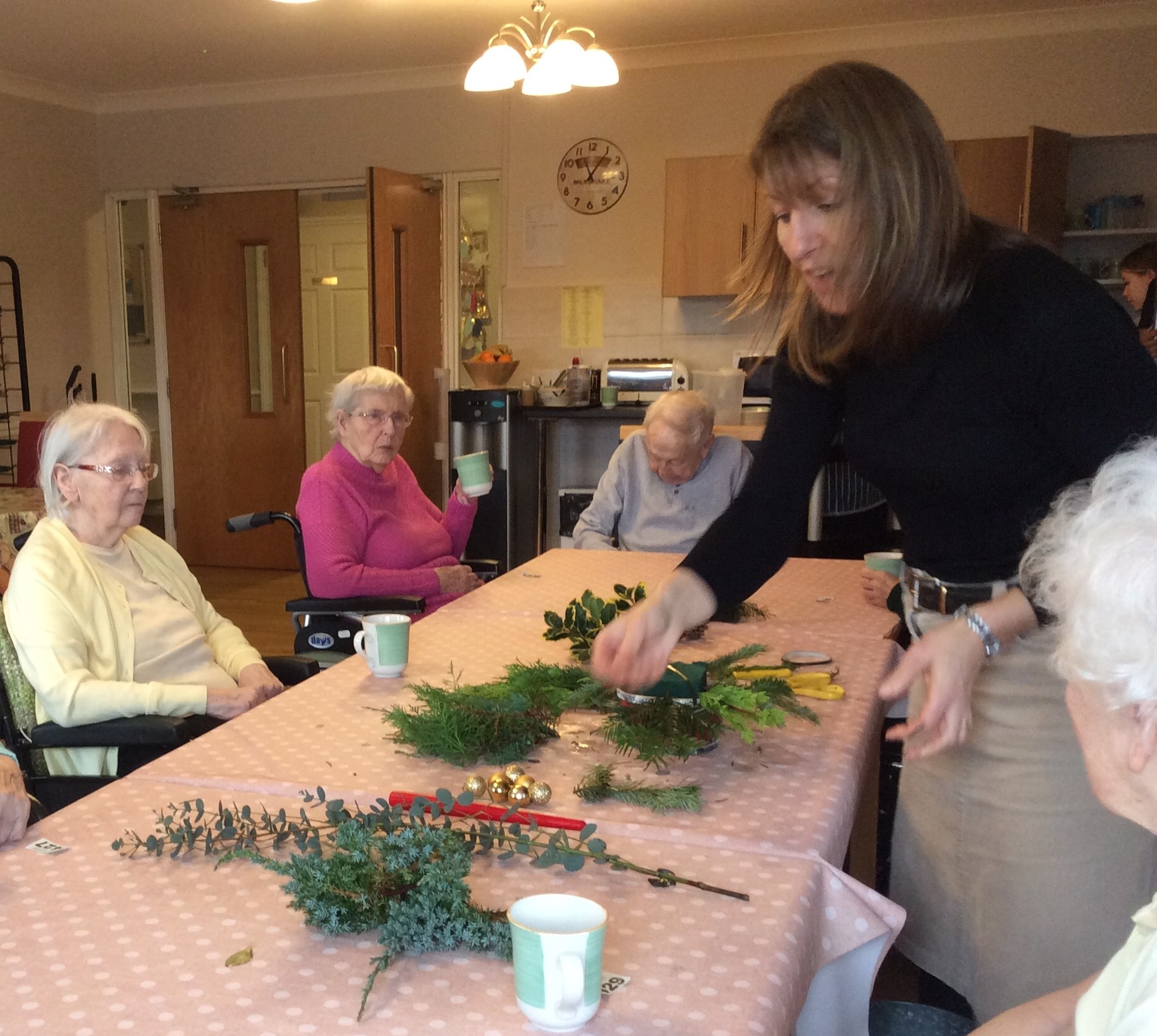 A wonderful and festive flower display making workshop was delivered to residents at Riversway Nursing Home.

We listened to Susan the florist and took tips on how to create the perfect Christmas centre piece.

The workshop was extremely enjoyable and interactive, we smelled the different types of flowers and foliage and contributed to where we thought the pieces would look good.

With golden baubles and a lovely red candle, we decided that we created the perfect Christmassy look.

Everyone who took part in the workshop received a button hole flower arrangement with Ethel and Monica opting for a red coronation.

Everyone enjoyed their time talking about different flowers and the winner of the raffle was Betty who won the centre piece. 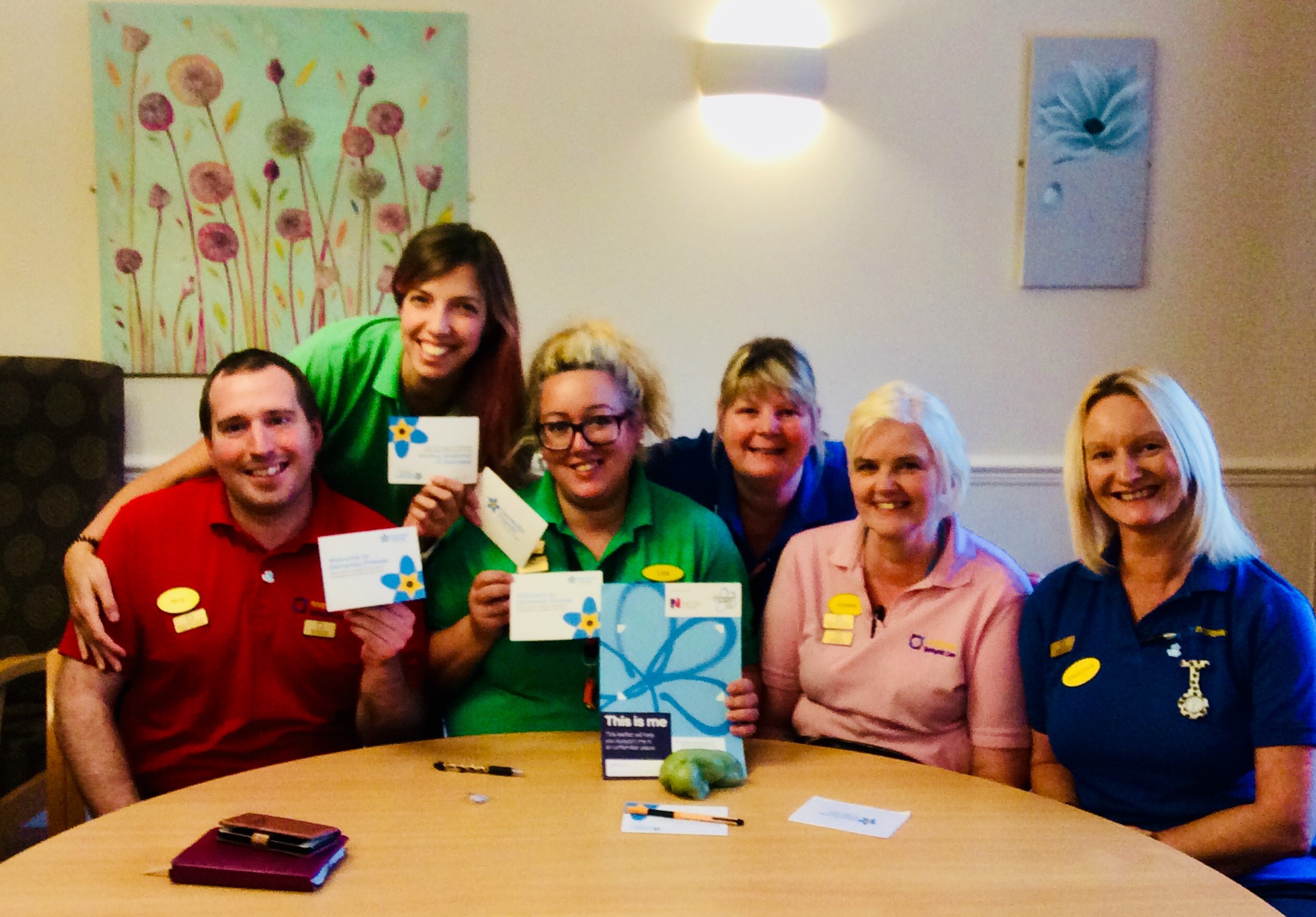 The dementia friend’s session are to take place every month and will be accessible to our local community.

Jo and Sam highlight topics such as understanding and supporting a person with dementia, as well as the practical impact of dementia and the psychological and emotional impact of the condition.

There’s also important advice given out to carers, enabling them to look after themselves when they are supporting someone with dementia.

These dementia awareness sessions are vital and we will ensure that we receive the most up-to-date training and relevant news to enable us to share with our staff and local community.

For further information please get in touch on 0117 955 5758 or visit the Dementia Friends website www.dementiafriends.org.uk 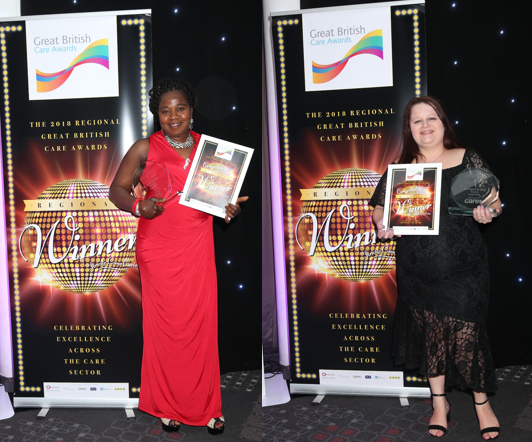 Members of staff at Bristol’s Riversway Nursing Home have been named among the best in the region at a top award ceremony.

Staff from the home, part of the national Springhill Care Group, were finalists in a total of seven award categories at the South West Care Awards, and walked away with two prizes at a ceremony held in Bristol.

Shannon Sheppard was named winner of The Dignity in Care Award, and Victoria Fosuah The Dementia Carer Award.

Jakki Whitehead, a specialist Admiral Nurse based at Riversway, said: “Everybody did so well and truly deserved the recognition.

“This is the second year in a row that a carer from Riversway has won The Dementia Carer Award. On top of that, Shannon who was named Dignity in Care Award winner, is also a trained Dementia Champion which shows we really are leading the way and, as a specialist in dementia care, makes me very proud.”

Regional winners will go on to the national finals which are due to be held in March 2019.

Meanwhile, Riversway’s sister homes in Lancashire have also been nominated for a number of awards in the North West regional awards. Springhill Care Home in Accrington is shortlisted in six categories, Birch Green in Skelmersdale in seven, and the group for a further title. 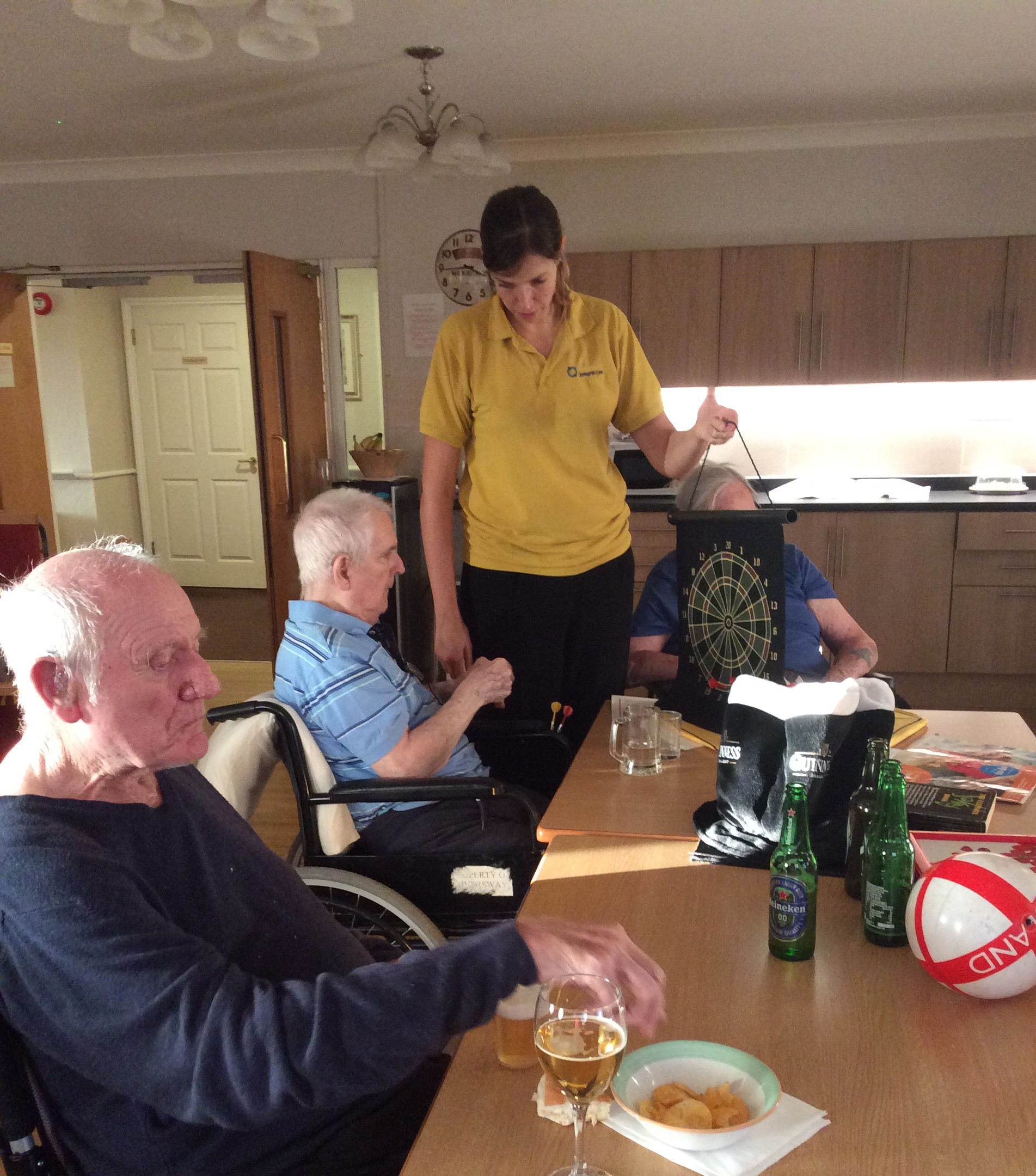 This was an activity for residents which included traditional pub games and snacks, and really helped to bring back happy memories for many.

The informal atmosphere and good company meant everyone enjoyed the activity, and now staff are hoping to receive ideas to help make the next pub club even better. 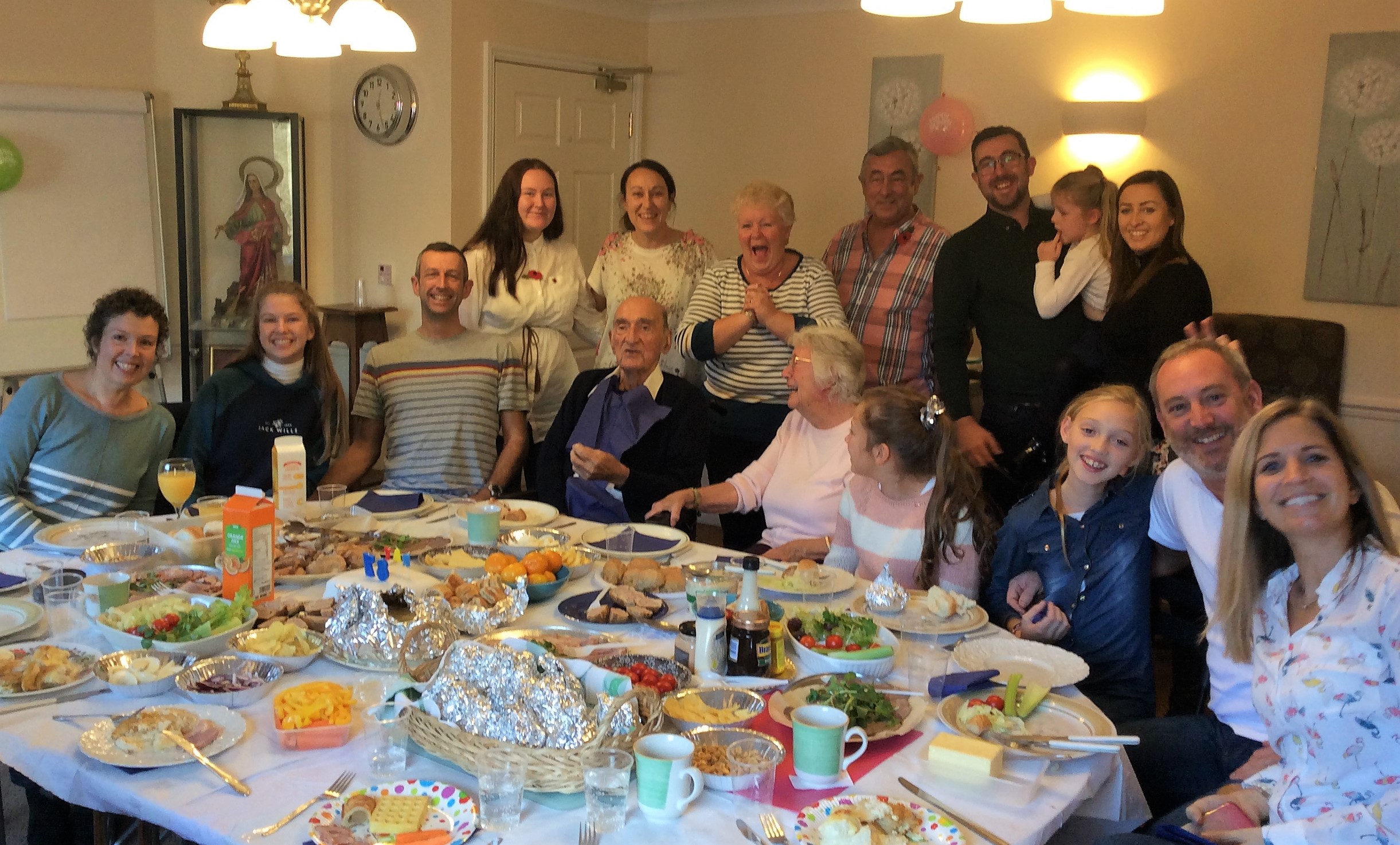 One of our residents celebrated his birthday in style at the weekend with a good old family get-together at Riversway.

Raymond, known as Ray, had a special party for his 87th birthday with a delicious home cooked meal around the large dining table.

His family and his loved ones travelled from far and near to be with him and they all had a fantastic time celebrating Ray’s special day.

They also had a surprise visit from the care home therapy pet, Noodles the dog who brightens everybody’s day.

For those asking his age, Ray continues to humour them and tell them that he’s 21 again.

from all of us at Riversway Nursing Home.