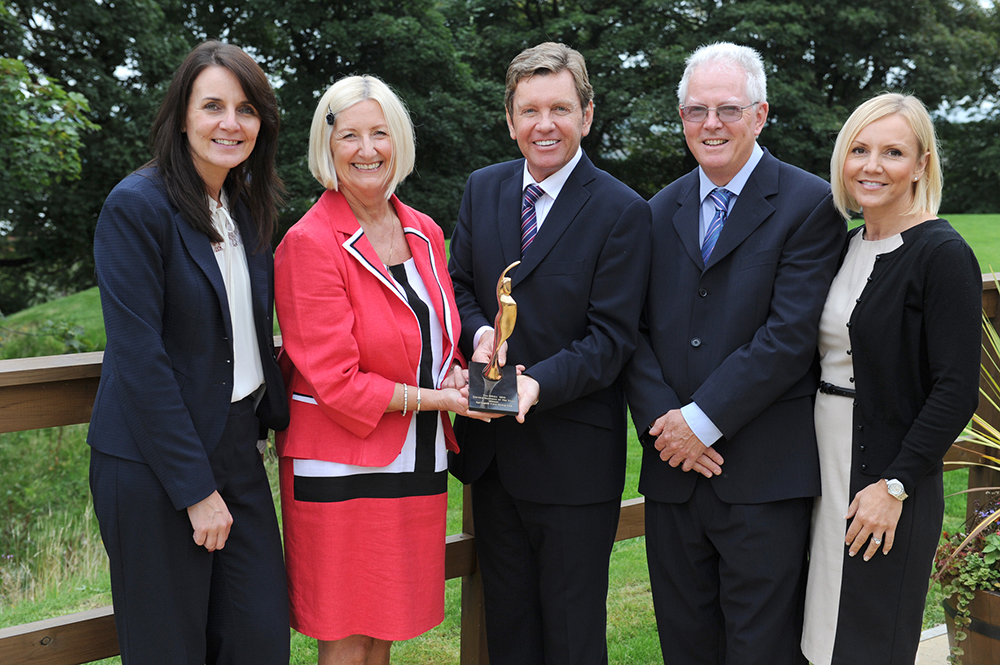 he operator of Bristol nursing home Riversway has been recognised as the Service Business of the Year at a top award ceremony.

Springhill Care Group, which runs three care homes in Bristol and Lancashire, along with a supported living service for young adults, triumphed despite stiff competition at the prestigious Be Inspired Business Awards (BIBAs).

Hailed as one of the North West’s leading business awards, the BIBAs are intended to find the area’s most successful and innovative companies through a rigorous judging process.

The awards attracted more than 900 people to the ceremony, held in the Blackpool Tower Ballroom.

Ken Nolan, chairman of Springhill Care Group, said: “To win this award is such a fantastic tribute to the hard work of everyone in the group. Our focus has always been on providing the highest quality care, and we’ve never lost sight of that. This award really was earned by every member of staff, and I’d like to thank them for their contribution.”

BIBA judge Tony Raynor, managing director of category sponsors Abbey Telecom, praised Springhill Group’s entry. He said: “The BIBAs recognise excellence and it was clear to the judging panel that all eight contenders for the award are putting service at the heart of their businesses.

“Springhill Care Group’s focus on delivering high quality care and putting people first shone through and really impressed the judges. Our overwhelming impression was that this is a business that doesn’t just say they do something, they really do it.”

The BIBA result tops off a successful period for Springhill Care Group, which this year marks its 30th anniversary, after Ken Nolan was recently named Care Employer of the Year at the Great British Care Awards.